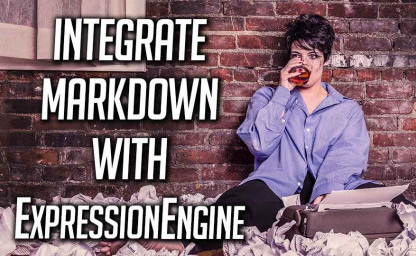 Wouldn’t it be great if the content of markdown files could be part of your site without having to copy and paste into templates or entries? And without having to keep things manually updated every time you make a change?

ExpressionEngine has great markdown support right out of the box. You can easily use markdown when writing entries by selecting markdown as the formatting option. Or by creating markdown text areas or text input field types. There is even a markdown add-on that enables you to use markdown directly in your templates.

But this all requires you to manually copy your content from the markdown file into an entry or template, so you end up having to maintain two copies of your content.

Here is a short outline of what we’ll be doing:

Making it work (in entries)

Below I will show how to associate markdown files with entries.

In the section after this, I will show how to do the same with templates instead of entries. 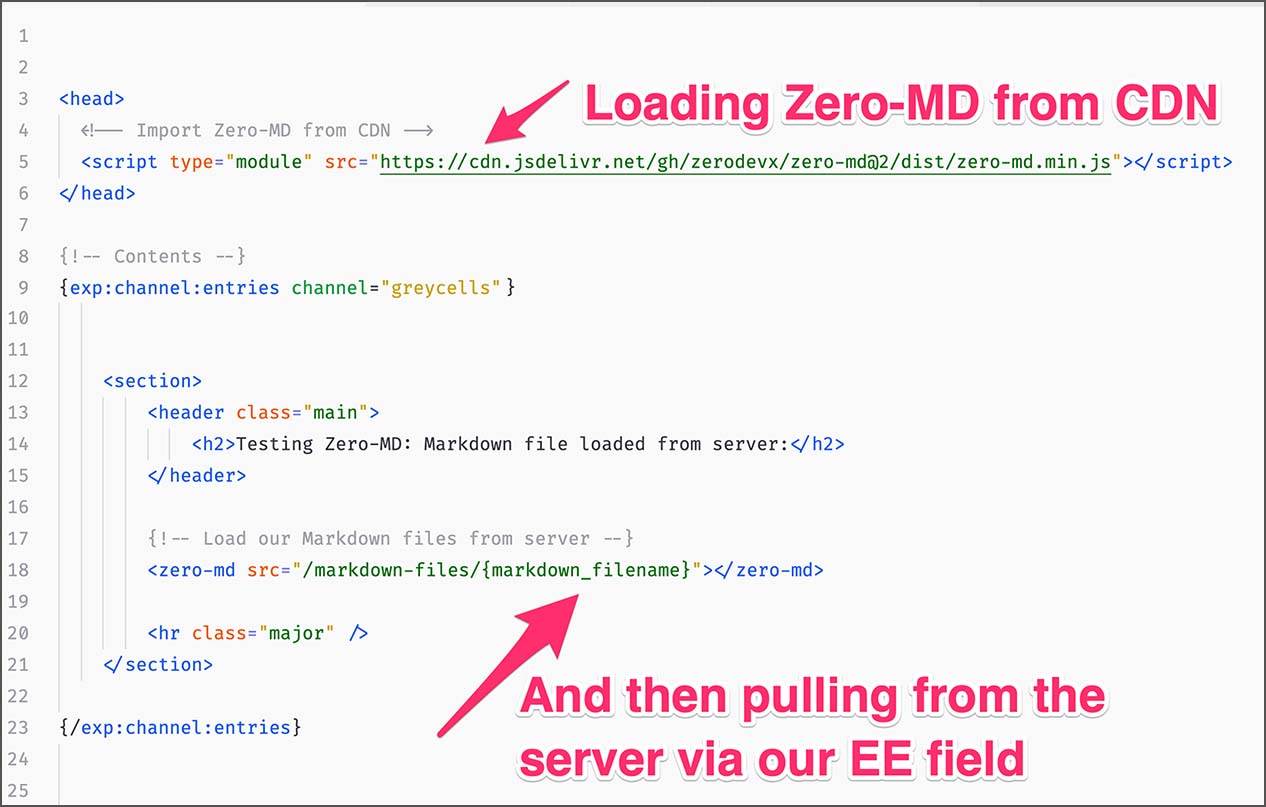 And so, what we’re doing here is:

We will look at how you can edit the markdown files on the server below. But first, let’s do what we did above, but for templates instead of entries.

Making it work (with templates)

This time we’re not going to associate the markdown with entries but with templates. This creates a pages-like feature, where one markdown file provides the content for one template. Note that you can also use this technique with the “real” pages functionality, we’re just not covering that here.

It’s pretty much the same procedure as above, except we no longer need to create a text field for the filename. Instead, we hard code the filename in the template where we want the markdown files’ content to appear.

Let’s look at how we can edit markdown files on the server.

I use Typora on macOS to write my markdown. However, this can’t directly open files on the server via FTP/SFTP/SSH. So I just use Transmit to open the files over SFTP, which in turn opens Typora.

I can then edit the files and have the site update when I hit save from within Typora. Hitting save when files are opened through Transmit triggers it to upload and replace the edited file on the server. It’s just like saving normally, you just need to keep Transmit open in the background. This will also work with any other transfer apps, such as Cyberduck.

The above works great under macOS. Whether the same thing goes for Windows or Linux, I don’t know. I will test this when time permits and report back. But since both CyberDuck and Typora are multi-platform it could and probably should work. Provided Windows and Linux handles files opened via an intermediate application the same as macOS.

However, there are other ways. You can install something like Mountain Duck that will show the server’s filesystem as a normal disk in macOS and Windows. It uses FUSE to do this, so there are many other options like it, that will run under both Windows and Linux

Finally, you can of course edit your files directly on the server using an editor like Visual Studio Code, or terminal-based editors such as Vim, Emacs, Pico, Nano, or similar.

Also note, that just because I mention Typora a lot, it’s by far the only markdown editor out there. So, find the editor and workflow that suits you best.

Or perhaps a third-party developer would consider creating an open-source add-on that does this? This would be a great gift to the ExpressionEngine community, and I’d love to help in any way I can.

I think Typora (or other markdown editors) makes a great editing environment. Far better than one could ever create natively in ExpressionEngine, at least for longer content. The built-in editor is excellent for shorter texts, and it already has great markdown support. But for longer content, like this guide, Typora is much more suited.

A great addition to Zero-MD would be the ability to pull markdown files from Dropbox and Google Drive. I will suggest this to the developer — perhaps it’s not technically possible, but it would be awesome.

Or, if someone creates an add-on, Dropbox/Google Drive support could be added that way?

As an added bonus, even a free Dropbox or Drive account would be able to hold tons and tons of markdown files!