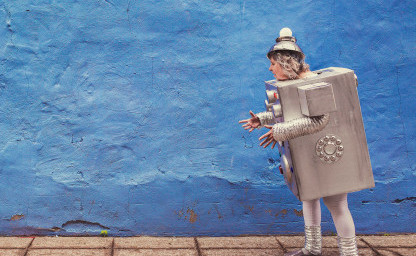 As mentioned in the article you probably came from, Welcome to Greycells, the introduction of myself turned out a whole lot longer than anticipated. Not that I love talking about myself at all, but it still turned into something resembling a biography.

Probably because if I am going to share my story, I might as well do it right. So I decided to split it off into the article you’re reading right now. I wanted to — as we so poetically say in Denmark — separate the beard from the snot :-)

Well, right now, it is actually just me and not we. But as mentioned, I am hoping lots of ExpressionEngine devs and fans will, in time, help make this a community site by contributing content.

So, who am I? My name is Thomas Boelskifte, forty-seven years old, a graphics designer by trade and self-taught web developer from Denmark, Europe.

I have been creating sites for friends and family, and myself as learning projects, for years. But after ExpressionEngine went open source, I wanted to give something back to the community. And make more people aware of its existence.

And so I spent a long time considering and creating this site. It has been a wonderful journey, even if I would have liked to launch with more content than what I have been able to create for now.

However, I could feel it would never have launched if I had to be satisfied with every aspect of it — I needed to pull the trigger now. If not, I would write, rewrite, and nitpick ad infinitum. That is the downside to creating the site and the content yourself: You never feel it’s good enough.

It’s taken months and months to get to where it is now, mainly because I can’t work more than three or four hours a day.

Attack of the joints, and wires burnt

In 2005 I contracted a Streptococcal infection that turned to sepsis. Which then quickly turned to full-blown Toxic Shock Syndrome. This was so severe that the specialists here in Denmark had never seen anyone survive a case that bad.

But survive I did — I am very stubborn that way! However, it took 18 months of hospitalization before I was home again. An infection that severe can take several weeks to combat, even with the most advanced antibiotics. And mine was so bad it took over six weeks. That gave it time to attack and then destroy the protective layer that coats the joints of my bones.

So every joint in my body is, more or less, bone against bone, and I needed to undergo a year of physical therapy to get everything sort of moving again. With no protective layer or lubrication, the joints can almost “rust” together. It is still not all good, but as long as my fingers can type code I am happy!

The many weeks of severe fever also burnt a few wires in my brain. So I get mentally tired very fast. That’s actually my biggest problem. I don’t mind that I can’t work anymore because of the pain, I got painkillers for that, and I never liked working for others anyway. I love being by myself all day doing the things I love, such as creating this site.

No, it’s the fact that I get so tired after a few hours of work that really bugs me — and that is why it has taken so long to get this site up and running.

Do not think of this as a sob story. I just wanted to explain why it takes me longer to get things done. It is in no way to gain sympathy — let us reserve that for those who really need it!

CompuServe and web design on an LC

Back to the real story: My love for the internet and coding websites began in 1995 when I got my first 28.8K modem, with a free month of CompuServe in the box. Being able to chat with people in other countries was the most incredible thing I had ever experienced.

However, being in Denmark and accessing a US service with just one dial-up number meant that I paid long-distance from my home to the Danish capital Copenhagen. My first bill was over $600!

This was on an old Macintosh LC with 4 MB RAM and a 40 MB hard drive, which I later upgraded to 10 MB RAM and a 56K modem. Amazingly, this did not make things much faster. I know, shocking!

I soon graduated away from CompuServe to the “real” web and started building my first website. This was around 1996, using the same Macintosh LC and a magazine that showed how to hand-code a website. The development process was… not pleasant!

In 1998 I got a G3 Power Mac and a 1 Mbit cable connection that was so fast I could actually listen to radio stations over the internet! Totally blew my mind back then — it was simpler times :)

From design to IT and from Typo3 to ExpressionEngine

Around this time I was working as a graphics designer. But then I got an IT Admin job at a company that, despite my protests, implemented an intranet based on Typo3. This was simply a pain all around. Especially for the non-tech editors who had to create the content in Typo3.

Typo3 had a shockingly bad UI/UX with an enormous amount of tiny buttons sprinkled everywhere. It made everyone rather hostile towards the whole project. Except, of course, the highly paid external developers tasked with fixing it.

I ended up helping to create version 2 of this intranet years later, which you can read more about in my Why ExpressionEngine article.

Since then, I have helped others as a freelancer, create websites based on ExpressionEngine, and have done my best to forget those Typo3 days. However, they do pop up from time to time, as you can sense :)

Well, that was the story of me — some of it anyway. If you have comments or questions, feel free to post in the comments.

And thank you for showing such an interest in this site, that you actually stuck around to the end of this article. That is just amazing! :)